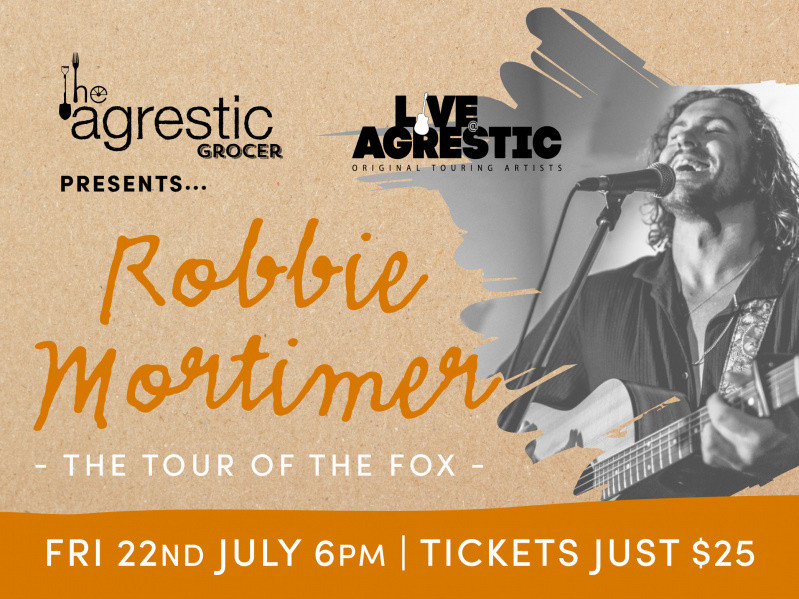 Robbie Mortimer - The Tour of the Fox

Robbie Mortimer is fast becoming hailed as a shining light within the Australian music scene. His album ‘200 Years Too Late’ landed a spot in the Top 10 of the Australian Pop Music Charts and is about as authentic as it gets, with the wildly talented writer creating a heartfelt and passionate story-based album that is sure to connect to everyone who listens.

Robbie connects to everyone who attends his shows and passionately delivers an incredibly captivating show. Robbie has been the opening act for countless acts including The Beach Boys, The Temptations, Thirsty Mercy, Jon Stevens INXS/Noiseworks and Eskimo Joe just to name a few. Robbie has also worked with various musicians, such as three- time Grammy-Award Winning award artist Coy Bowles from the Zac Brown Band who has mentored him throughout his musical journey from song writing to showmanship.

As well as performing hits from his album, Robbie always adds a few covers that are sure to mesmerise his audience.  Robbie’s performance ranges from beautiful acoustic storytelling songs to upbeat, feel-good summer songs The show, just like Robbie, is wildly unique.