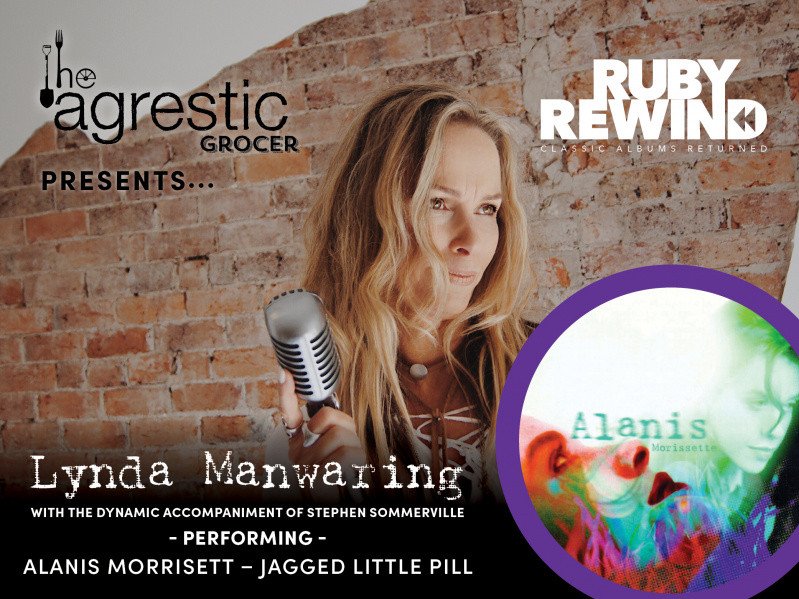 After five years, the Agrestic Grocer rewinds and is thrilled to announce the return performance of Canadian Alanis Morissette’s “Jagged Little Pill” album - one of the best selling albums of all time.

This post grunge/pop rock album was Grammy Awards Album of the Year in 1995, having been nominated for nine Grammys and awarded six, it has been listed 69 in Rolling Stone Magazines’ “Greatest albums of all time”, with sales over 33 million copies, worldwide.

JLP includes multiple hit singles, including “You Oughta Know” , “Hand in my Pocket”, “Ironic” and “You Learn”.

Again performed passionately, by Orange’s Lynda Manwaring (previous Ruby’s’ Nora Jones/Cheryl Crow/Tom Waits/Messalina) and with the dynamic accompaniment of Stephen Sommerville (Landers Music) on guitar; this heartfelt, unplugged rendition is not to be missed.